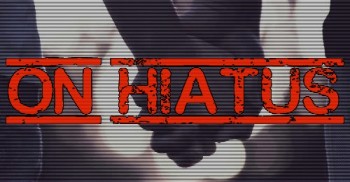 Her Champion is currently in its 30th chapter and the summer is drawing to a close. It’s been a long run for this story written by Bri and I, and we’ve worked hard during the summer holidays to get as many chapters up on the site as efficiently as we could. Unfortunately, summer is over and we’re back to school. 😦 Which means less time for writing!

Since Bri and I are not able to get chapters up on their usual Tuesday/Thursday schedule, the decision has been made to put Her Champion in hiatus. It doesn’t mean Her Champion is over at Chapter 30 because it’s not! There’s plenty of drama we’ve plotted and planned for… unfortunately since we won’t have time to sit down and write together due to our busy and conflicting writing schedules, this means we’ll pause from posting the remaining chapters until we’re done writing the story.

Our apologies for the inconvenience but believe us, we’ll be back before you know it. Counting on the holiday breaks to find time to write. Thanks so much for supporting us and I hope you’ll stick around. There are plenty of stories to be told!