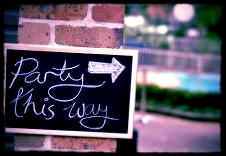 Mari hadn’t laughed so much in months. Her shoes had long since been kicked off as she was swung up into countless arms and danced across the cool grass. It had truly taken a village to raise her after her mother died and many of the men who twirled her around had cherished her and treated her as their own daughter.

She squeezed Kai tight as she pulled back from the last dance.  In those rare moments between dances, she reminisced and caught up with old friends. Women she went to high school with were enthralled by her tales of college. Children that once barely reached her knees now wrapped their arms around her waist and proudly recalled their adventures in mischief. The longer she spent out in the torch lit backyard, the more settled she felt. This was home. This was family.

Food had been shoved into her hand at some point. She strongly suspected it was Keon who’d done it but she didn’t complain. She was tearing the last bit of meat from her rib bone when Mayor Iago nudged her.

“I am but I’m probably going to sleep for a week after this.”

He chuckled. “I expect we’ll be seeing you back on the waters tomorrow afternoon if not sooner.”

She beamed and sucked barbecue sauce from her pinky. “Keon says he’s got a group tomorrow. I figured I tag along and show him how to do it right.”

“I don’t know,” Raoul teased handing her a cup of his famous punch. “The boy’s gotten good while you were off with those books of yours.”

She snorted but eagerly took the offered cup while he took her plate. “I don’t care how good he’s gotten. Really Papa, it’s Keon.”

“Well if it weren’t for Keon we wouldn’t have the pleasure of your charming company,” Keon chimed in innocently. He grabbed her cup and took a long sip, hastily offering it back with a grin.

“Did you really just refer to yourself in third person?” She snatched the cup and elbowed him in the stomach both at the offense and his reference to the near drowning. “That’s about the only thing you’re good for and since that particular skill of yours hasn’t been needed in over a decade, why do we still keep you around?”

“You’re always so caring, Mari. I don’t know how I survived all this time without you here to keep my self-esteem up.”

“You had Jules. She’s the sweetheart.”

Julia snorted and Todd turned the full power of his grin toward Leilani who was concentrating on ignoring him.

“I do seem to remember a certain sweetheart. I don’t think it was Jules though.”

Whatever was going on between them, and it seemed there had been since her last visit, Keon wouldn’t be put off for long. Mari shook her head and decided to spare her friend. For the moment at least.

“What’s the lineup for tomorrow?”

Keon reluctantly pulled his gaze back to her. “A three hour diving expedition at eight. I figured I’d take them down to Pleasure Valley. That’s followed by a two hour hiking trip at one.”

Her eyes gleamed at the nickname she gave one of her favorite diving spots. She nodded. “I’m definitely in. For both. You can keep the lead. Just consider me part of the tour.”

“Oh no, if you’re coming I’m putting you to work.”

“And everyone knows you don’t know how to do anything but guide,” Iago added.

She laughed into her cup as she raised it for a long sip. Her eyes closed as she savored the explosion of flavors. Even though Raoul gave her the recipe when she turned 18, there was nothing quite like the way he made it. She dipped her head for another sip and paused. Her eyes locked with a man she’d never seen before talking with Leo, an old school friend.

He was partially hidden in shadow but the lit torches danced light over him. He was taller than Raoul, which gave him a good four inches on her.  His jaw was clean-shaven, highlighting the sharp angles and planes of his face. His shirt hung open to reveal a plain tank top beneath stopping just above his cargo shorts and sandals. If she hadn’t lived on the island for most of her life, she’d have mistaken him for a native. Impressive.

He continued to talk with Leo but those serious brown eyes never left her.

She knew better than to pose her question in front of the men who watched out for her since she was a child. She leaned into Julia and Leilani, casually stepping back from the men.

“Who’s the guy talking to Leo?” she asked into her cup.

Julia turned her head to find Leo and frowned. “New guy. He got here about a month ago. Name’s Tyler. Why?”

“Just curious. I recognize just about every face except for his.”

“That’s funny. The only face he seems to see is yours,” Leilani pointed out beaming.

Mari rolled her eyes but hints of red stained her cheeks. She drained the rest of her punch and tossed the cup into the trash. No sooner than it left her hand, she was swept up in yet another dance and the new resident was forgotten.

Several dances, races, toasts, and hugs later, people slowly began trickling from the Drake estate and Mari walked up to the house sandwiched between Raoul and Allison.

“Thank you for this. I didn’t realize how much I needed it.”

“Of course you did,” Raoul said with a knowing smile. “I don’t care how old you are. It’s always going to be my job to look out for you.”

“And you do the best job. Even when I’m a brat.” She grinned just thinking about the time she and the girls were busted at a party after saying they were spending the night at each other’s places. Then there was the time she and Julia were suspended for loosing snakes in the cafeteria. Her grin widened as the list grew in her mind. She hadn’t been an easy child. “I love you guys.”

“We love you too,” Allison assured.

“Now go on and get some rest. If Keon has his way, he’s going to work you to the bone tomorrow.”

She beamed. “And I can’t wait to show him how much I haven’t forgotten. Goodnight.” She kissed both of their cheeks before disappearing up the stairs, working up ways to mess with Keon on the trail the following day.