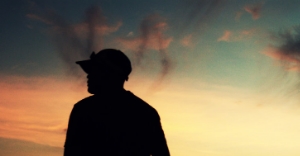 Mari took her time going over the list of equipment all guides carried on hiking tours with their newest hire, Jeremy. He was a quick study and she was confident they’d get good use out of him. He was tagging along with her today and then with Keon the next. Three tours and she’d bet he was ready to lead one one of the shorter ones.

“Let’s go ahead and toss these in the truck,” she said once he loaded his pack.

He grabbed the bag and followed her out the door. The door shut behind them as a SUV pulled into the parking lot. Four men climbed out ranging from tall to shorter, but it was the driver that stole Mari’s attention. He was the tallest of all of them with a broader, solid build. He wore a hat but it didn’t cover all of his sandy brown hair and the Sakina shirt he wore almost made her laugh. He should have looked like the average tourist. He didn’t. There was something…off.

She led more tours than she could count over the years. That’s why when she got a check in her gut after seeing her scheduled hiking group for three o’clock she pulled Jeremy to the side. The younger new hire frowned at her but came willingly.

“I want you to look like you’re telling me you’re sick and you can’t do this tour.”

“Why?” He coughed into his arm as he asked.

“Go inside and call Keon. Tell him I need him to fill in on a hiking tour. Do not call Raoul. Got it?”

“Got it.” He frowned and held a hand to his stomach.

“You’re a solid hire.” She reached out to press a hand to his head before gesturing him away. “Go ahead. And tell Keon to make it fast. We’ll reschedule for tomorrow.”

She stepped toward the tour group with a smile on her face. “I’m sorry, gentlemen. Our tour is going to be delayed by just a few minutes. One of our guides isn’t feeling well. Another will be here shortly.”

“Then we don’t need two guides. I hear you know your way around this entire island with your eyes closed. We’re okay with just you,” the tallest one assured with a smile.

His smile did nothing to reassure her. He was the main one leaving her unsettled. His eyes were a little too hard, but she kept her own smile in place. “I appreciate the vote of confidence, but I think you’ll get the most out of the experience with two of us. Keon will only be a few minutes.”

One of the men gestured behind her and she spun around to see. Beaming, she set the pack down.

“No, excuse me for just a minute.” She wasted no time walking up to him. “Tyler.”

“What are you doing here?”

“You like to run on granola bars.” He lifted up the bag he carried and toyed with the strands of her hair. “I’ve got to take care of my girl.”

She smiled as warmth shot through her. “Thank you. You take very good care of me.”

His hand cupped her cheek and he leaned in for a kiss. He lifted his head and his eyes darted over her shoulder. A frown formed as he got a good look at her tour group. He brought his focus back to her.

“You’re not taking that tour alone.”

It hadn’t been a question, but a firm demand. She was reminded he once worked security when he looked like that. All gentleness faded and there was no give in him. She arched a brow.

He didn’t look away from the group. “That’s too many grown men we know nothing about. I want somebody with you.”

“I’m going to take this as sweet and protective rather than overbearing, sexist, and controlling. Don’t push it.”

He smiled then and the hard man of seconds ago disappeared. “Sweet and protective is the right way to take it. You and I both know you’d shoot ‘em if they try anything, but I don’t want them trying.”

“Much better.” The gun she always carried with her wasn’t for show.

“So you’ll take someone with you?” His hand moved from her cheek to comb through her hair.

“Brat.” He kissed her again, this time lingering over it. As always, she got a little lost in it. It took her a moment to open her eyes and process his next words. “Dinner after?”

“You like me that way and yes, dinner after.”

“I like you a lot of ways.” He kissed her once more and glanced over her shoulder again. “I’ll meet you back here.”

“You’re pushing,” she warned as Keon pulled up. She watched his gaze go from her to the tour group waiting. His jaw firmed as he got out of the car and approached.

“I’ll see you later,” she said to Tyler and went to meet Keon.

“Did they try anything?” he asked quietly.

He looked pointedly at Tyler who had yet to leave. She elbowed him. “Those are two different things. And I’m not over my head with him.”

“Whatever. They want to tour Pa Nali. Two hours.”

He nodded and together they joined the tour group. Keon extended his hand to the tallest man whose eyes were still on Mari.

“Well let’s get moving then.”

She and Keon shared a look and led the men to their trucks.