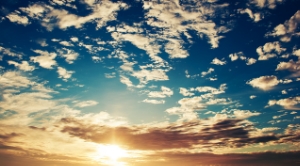 “If I wanted you to walk away and never come back, you’d do that?” Mari asked Blake, ignoring the tightening of her stomach.

She couldn’t believe it. If what he was saying was true, he wanted her with him all along and yet he was willing to walk away? Both of their eyes were fixed on the water rather than each other. She could see Blake’s shoulders tense at the question and he inhaled before he forced the air back out through his lips.

She clenched a handful of sand before she let the grains slip through her fingers. “But it’s not what you want?”

Blake cursed under his breath. “No, Marielle. It’s not what I want, but this is your choice. You were too young to make it then. I’ll let you make it now.”

Mari drew her knees up into her chest and wrapped her arms around them. “I don’t know you and up until a few days ago, I didn’t think I would ever even have the opportunity to get to know you. Can we give it a little bit of time before I make that kind of decision?”

Neither spoke again. Only the sound of rushing waves and seagulls overhead broke the silence. Mari rested her chin on her knees. She hesitated, turning his words over in her head. It was her choice. She couldn’t even begin to make one without learning more about the man beside her.

“She didn’t talk about you much. Of course I was little when she died, but when I asked questions she would always say that you were a good man. That you loved me.”

His eyes went unfocused and there was a tinge of sadness to his smile. “I didn’t deserve her, but the time I had with her were the best times of my life. You couldn’t be with her and not enjoy life. She made things fun. There were times I thought I would die laughing from her jokes and antics. She brought happiness into a room just by walking into it. Not having you two with me was hard.”

Tears welled up in Mari’s eyes. This was what she’d missed not having him. “You must have a million stories about her.”

He seemed to come back to himself as he shifted in the sand to cross his ankles. His smile didn’t fade. “A million, maybe more.” He looked to her. “And I’m sure you have just as many.”

She nodded. Over the years she’d fought hard to hold onto every memory of her mother she could. She had a journal filled with them.

“Was she ever Miranda Mason?”

The question earned her a genuine smile. “She was my wife when she died but only four, now five, people know that. I protected her just as I protected you.”

“I bet she was gorgeous.”

“The most beautiful woman I’ve ever seen in my life. I kept pictures. I’ll make sure they get to you.”

“Is her grave close?”

The soft-spoken question was the last she expected. She chewed the corner of her bottom lip, nodding. “It’s not too far.”

He got back to his feet and extended his hand. She wiped her hands on her jeans, brushing off the sand before she tentatively placed her hand in his. He pulled her to her feet. With a squeeze so quick she couldn’t be sure she didn’t imagine it, he let her hand go and gestured before him.

They climbed up the slope of the shore back toward the road. Mari waved to Janey who was jogging after her daughter running full out for the water. She didn’t miss the curious look Janey shot Blake’s way either. It wouldn’t be long before people were speculating on his identity.

“That’s Janey,” she murmured. “She owns one of the cafés in town. Don’t stop or we won’t leave the beach.”

“She owns a café everybody loves because she’s friendly and she cares. So yeah, she’s chatty.”

He laughed, but listened to her advice and kept going until they left the sand to cross the road.

“Miranda loved this place, the people. She was happy to get the chance to raise you here.”

“I know. She taught me all about what makes this place so special. I left for school, but this is home. It always will be.”

She smiled,  but focused on the trail ahead of her. There were very few times in the last several years Mari had walked the path to the hill with someone else. Raoul went with her several times as a child and Julia and Leilani accompanied her a time or two but as she grew older, she made the trip alone. She couldn’t pinpoint why, but walking up the familiar path with Blake a step behind her sent nerves dancing in her stomach.

She hesitated when they topped the hill and searched for the right thing to say. Blake didn’t need words. He was already crossing the grass between them and the grave. He didn’t speak, just stared at the headstone.

“I can give you a few minutes,” she offered quietly.

That was it. He said nothing else. Mari locked her fingers together and twisted them as she watched him. Several minutes passed and he did nothing but rest his hand on the headstone.

“She liked the view,” Mari finally said. “We used to come up here a lot. Sometimes she’d let me help pack lunch and we’d eat. Other times we just came up here and played. No matter what though, she’d always just sit here for a while and look out at the water. She always said it was like being on top of the world. I didn’t realize when she died how out of the norm it was for her to be buried here, but no one argued so I got what I wanted. What I thought she would’ve wanted.”

“She was my best friend besides Jules and Leilani. We did everything together.”

“Knowing you had that helps. Knowing she had that. She was so excited when she got pregnant and when you were born you were everything to her. It’s good she never lost that.”

Mari found herself giving voice to something she hadn’t in years. “I miss her,” she whispered. “Raoul was great and Allie when she came. They weren’t her though. It’s just this hole nobody can fill I learned to act like didn’t exist.”

He took a step toward her before he caught himself. He cleared his throat. “Do you talk about her?”

She shook her head. “At first, but it seemed like it only made Raoul sad so it got to  the pointwhere I only talked about her with Jules and Leilani occasionally.”

“It wasn’t his fault,” Mari said quickly. “He never asked me to stop. I just didn’t want to make him sad. I came out here and talked to her instead. He gave me everything they could salvage and just about everything he had of her at his place became mine. Coming out here is what kept her close for me though. Maybe because we had so many memories here.”

His expression cleared as he rested a hand on the headstone again. “I can’t go back and fix that for you but if you ever want to talk about her, I’m listening.”

She nodded and looked back over the hill.

“How long are you staying?”

“Two or three days at the most. At least this first time.”

Mari squeezed the nape of her neck. If today was any indication, two or three days spent with Blake were bound to be filled with awkward moments, but they had to start somewhere. It was more time than she’d expected anyway. She wanted to get to know him and not just because she had questions.

“I want to come out here again while I’m here.”

“Want to head back so we can show Raoul I didn’t run away with you?”

That earned him a small smile. “That might be a good idea.”

When they wound back down the path and up to the house together the front door was open and Gage stood on the porch. His arms were folded across his chest as he stared Tyler down. Mari inhaled deeply.

“That’s the Tyler boy I’ve been hearing about?” Blake asked.

She’d expected to have the entire day with Blake first. Still Tyler had been true to his word. He’d given her the first meeting alone. Now it was time to introduce Blake to her boyfriend.