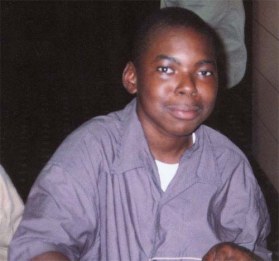 Today marks 13 years of Tonbara’s passing. But instead of grief and mourning, my family and I will choose to remember the beautiful 15 years God kept him with us. Visit the website dedicated to him and remember his beautiful life with us.

Unlike most families sitting down for their Thanksgiving meals, the Teka siblings bustled about, with each sibling scurrying around the two-storey home. Darah hurried down the hallway, Eleazar in tow, grabbing every dirty article of clothing from all the rooms.

“Ugh, guys are so gross!” she bellowed from the top of the stairs. Eleazar laughed delightfully, following her to the laundry room.

Down in the living room, Clement and Abe each held one end of a wide mirror. while looking to Bart for directions.

“A little to the right,” Bart muttered, frowning. “No, Abe’s left.”

Clement glowered. “You come hold it then.”

“Did you really have to get the heaviest mirror in the store?” Abe grunted, beads of sweat dotting his forehead.

“Okay, one step to the right.” Bart arched a brow when his brothers groaned. “Okay, perfect.” He moved around them and pounded two nails in the wall.

Darah and Eleazar made their way down just as Abe and Clement stepped away from the mirror. With one quick glance, she frowned. “It’s crooked.”

Eleazar tilted his head sideways and nodded in agreement.

Clement groaned and sank onto the couch.

“Done with the laundry?” Abe asked, ignoring all talk of the pesky mirror.

“One batch to go,” Darah added, placing her hands to her hips. “Although I doubt the inspector will care about y’all’s nasty underwear.”

Abe moved to perch on the arm chair. “Can’t have our dirty laundry hanging around. He might want to make sure we’re not packing you, Junior and Eli in the same room.”

“Although it’s tempting,” Bart muttered, eying the mirror. “Let’s take it down and try again.”

Clement shook his head and lay down on the couch. “I’m out.”

Mischief on his face, Eleazar hurried to the couch and sat on Clement’s face. A delightful laugh escaped his mouth when Clement’s hand snaked around him and hauled him off his feet.

Darah and her eldest brothers watched in amusement as Clement tickled Eleazar.

Abe smiled gently, watching Eleazar shriek in laughter and wiggle under Clement’s hands. It was moments like this that made the absence of their parents bittersweet. They hadn’t grown up together; him and Bart out of the house by the time Darah and Eleazar came along. They were practically strangers with Bart barely coming home for the holidays because of his demanding work. But here they were united as a real family because of their parents’ untimely death.

His eyes stung thinking of Yonas and Ester. Would they be proud? Were they smiling down from heaven that their family hadn’t fallen apart but stayed together in hardship?

Darah sniffed beside him and he broke away from his thoughts to look down at her. Twin tears slid down her cheeks, making his heart break.

He moved to her side and slipped an arm around her shoulders. From the corner of his eye, he noticed Bart wipe at his eyes and looked at him fully. Bart had his head bowed but Abe knew his brother was crying. His chest tightened at the sight.

Abe’s vision blurred as the tears fell. He nudged Darah toward the couch where Clement clung to Eleazar and knelt there. With his free arm, he reached for Bart who came quietly. They huddled together and cried aloud, mourning this Thanksgiving; their first holiday without Yonas and Ester.

Bleary-eyed, the Teka siblings went about the rest of their day in thought of their deceased parents. Clement and Eleazar played their video games in silence, Darah returned upstairs to finish up the laundry, while Bart and Abe retreated to the backyard to set up the deep fryer.

The two eldest stood in silence without touching the deep fryer, staring at the budding rosebushes lining the wooden fence. Bart smiled wistfully. “I remember when Mom said she wanted rosebushes that one year. Remember?”

Abe’s lips twitched, recalling the memory vividly. He was fifteen and Bart thirteen when Ester begged Yonas to plant rosebushes and brighten up their yard.  “She was insistent, wasn’t she?” he murmured, the twinge of grief ever present.

“He’d do anything and everything for her,” Bart added and sniffed.

Worried that Bart was crying again, Abe glanced at his brother’s profile.

Silence stretched before Abe placed a hand over Bart’s shoulder. “Thank you.”

Bart turned to him. “What, no questions?”

“I had a feeling. You were too involved with renovations for it to be sold.” Abe squeezed Bart’s shoulder before stepping away.

Bart scoffed but didn’t disagree. He bent to open the box containing the deep fryer. “I bet Geraldine’s not gonna like that, me staying.”

Abe watched his brother lift the steel container from the box. “I dunno… she just might.”

Confusion wrinkled Bart’s brow when he looked up. “You’re kidding.”

The back door squeaked open and both brothers turned to see Darah with the wireless phone in hand. “Call. Gerri.”

The brothers exchanged looks, and then Abe smirked. “For who?”

“Bart.” Darah arched a brow, extending the phone out to him.

“Or Abe,” Darah shifted the phone to the eldest. “One of you take it–”

“I’ll take it!” Bart snatched it from her and jumped to his feet. With clumsy steps, he moved around Darah and entered the house. “H-hello?”

Perturbed by his hasty exit, Darah watched the back door. “What’s with him?”

She eyed him dubiously. “Do you even know what you’re doing?”

“Not at all.” He smiled and steered her around. “But between you and me, we can figure it out.”

Darah smiled back. “Alright then. Let’s hope we don’t blow up the house.”

“Have a little faith,” he said laughing.

Bart swiftly turned to the quietest part of the house, their father’s study, and shut the door behind him.

He lifted the phone to his ear. “Hey.”

He frowned. “Expecting someone else?”

She paused in speaking and he imagined that small wrinkle between her brows.

“Is there something you wanted?” he ventured to ask, leaning against the door.

She snorted. “Fine. I’ll be quick. Please tell everyone I said Happy Thanksgiving and that I miss them all.”

Bart arched a brow when she managed to separate him from the rest of his family. “Where are you?”

Geraldine sighed. “In the airport.”

He frowned as his stomach did a somersault, to which he credited to hunger. “Oh?”

“Yeah… my grandmother’s sick, so we’re gonna make the trip out there.”

Bart swallowed hard at the sadness in her voice. “Sorry to hear that.”

“It’s okay,” she answered with a sigh. “At ninety-one, her being alive is a miracle–” she hissed sharply. “I’m sorry, that was insensitive of me.”

He managed a smile. “Don’t apologize for your grandmother’s life. I hope she gets better.”

Geraldine was quiet too long, that he lifted the phone to look down at it. Then she sighed yet again. “I hope so too.”

Bart leaned his head back and marveled that he and Geraldine were having a conversation without bickering. The corner of his lips twitched as he decided that he rather liked this. Her voice sounded like smooth, warm honey–

He smiled wide, warmed by her voice and her message. “Happy Thanksgiving, Geraldine.”

The sounds of an intercom in the background filled the silence.

“Looks like you have to go,” Bart said once the noise faded.

He grinned, liking that she didn’t want to rush off the phone either. “Okay.”

“Hm, not yet.” He shifted against the door, tucking his free hand at his back. “You?”

“Hm, a burrito in the airport. Definitely not the same as home.”

His smile waned, a furrow in his brow. “Not yet.”

Geraldine sighed. “You think she and Abe will get back together?”

Bart’s face tensed at the hint of hope in her voice, and he clenched his jaw. “Why are you ask–?” The intercom sounded again, and Bart clamped his teeth together, annoyed.

“Alright,” he clipped out, gripping the phone. “Be safe.”

Bart disconnected the call before she could say another word and lowered the phone from his ear. He knew he was wrong for being impertinent with her all because of her crush on his brother, but at that moment Bart didn’t care.

When he returned to the backyard and spotted Darah reading the instructions to Abe, Bart wiped any sign of his annoyance and joined his siblings. “What’d I miss?”

Abe glanced up, giving Bart a once-over before turning back to the apparatus. “Everything alright?” he asked, distracted.

Bart accepted the pamphlet Darah handed him and sighed. “Yup. Now where were we?”

“I’m going inside,” Darah announced, stepping around them. “Don’t mess this up and hurt yourselves. I don’t want to be adopted again.”

Abe shook his head as Darah entered the house, then he looked to Bart who studied the instructions with deep concentration. “What’d she say?”

“Nothing important,” Bart muttered, flipping the pamphlet over. “Think we can fit two whole chickens inside? It’ll go a lot faster.”

“Faster isn’t always smarter,” Abe replied, propping the container over its stand. “But maybe we can try it this time.”

“I’ll get the birds.” Bart moved quickly to the door, not wanting to answer Abe’s questions on Geraldine or reveal  how troubled he was by her lack of interest in him.